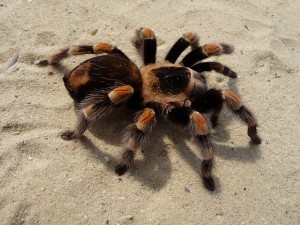 Should phobias in children be remedied early?

Phobias are an unreasonable and undue fear of an event or object. Someone who suffers from a phobic anxiety undergoes extreme fear when they are confronted by particular objects, wildlife or eventualities These feelings and experiences can lead a person to isolation, depression and panic attacks Individuals that suffer from a fear of spiders have an overwhelming and debilitating fear if and when they come into contact with any form of spider.

Phobias can appear at a young age and keep going for a lifetime. Phobias can be a learned behaviour from a parent or sibling or arise because of a given incident or trauma at an early age (e.g. having a spider in the hair). All children have some fears and anxiety for instance stranger danger, separation anxiety and being scared of the boogie man. All of these are a normal component of our development and will almost certainly appear and disappear. If these fears don’t dissipate but actually escalate it is very important for a parent to monitor these anxieties so they don’t become an issue in later life.

If a child is going through phobic anxiety and is left untreated the habits can soon become an unwelcome habit and produce feelings of terror and worry. These phobias can have a harmful impact on a child’s well-being and social development and hinder plenty of aspects of their life. These fears can vary from a fear of birds to doctors. For some people, parents tackle these behaviours early by suggesting the child face up to the circumstance that cause the anxiousness. In some circumstances, this method will work well and make the anxiety subside but it could also strengthen the fear and start making the child want to steer clear of the object a lot more.

Avoiding the scenario that frightens the child is exactly what creates the phobic behaviour and conditions them to have this habit in adult life. These phobic habits must be handled rather than avoided to lower the chance of carrying these phobias over into adulthood.

Hypnosis is a simple and good way of tackling these behaviours before they become a much greater problem in later life. Hypnotherapy is extremely successful in treating children and teens as they have a far greater imagination at their young age. Children can formulate the tools and capabilities to overcome their fears by visualising and utilising their creative imagination.

Sometimes, just 1 or 2 session of hypnotherapy processes can be effective enough to tackle these fears and anxieties.

Sally Moore, a qualified hypnotherapist, that works with children, from Sally Moore Hypnotherapy based in Woodhall Spa and Lincoln, Lincolnshire, has successfully helped many children and teenagers to effectively deal with their phobias and anxieties.